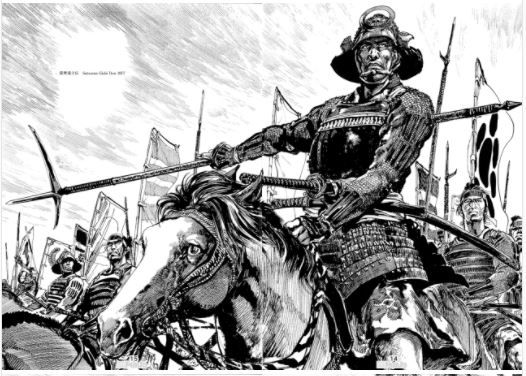 “Hiroshi Hirata is a Japanese manga artist best known in the United States for the samurai manga series Satsuma Gishiden. Hirata’s works belong to the subset of manga known as “gekiga” (“dramatic pictures”). He’s also known for his use of elaborate calligraphy for dialogue (he did the kanji for Akira), which has been preserved (though still translated) in the American editions of his work.“